Just like a lot of people, Corbett Barr climbed the corporate ladder but wasn’t fulfilled with the job he used to do everyday. That was before he listened to the voice at the back of his head telling him to give entrepreneurship a try. Aside from being an entrepreneur, he is also known for running successful websites (CorbettBarr.com, Fizzle.co, ExpertEnough.com) and training others to do the same.

That’s why last week, we invited him on the Warrior Ask Me Anything (WAMA) event to share his experience and expertise with our Warrior Forum members.

Corbett focused on his Silicon Valley startup when he left his consulting career in 2005. Unfortunately, it went down in 2008 when the financial world collapsed. This event pushed him to take a sabbatical in Mexico with his wife. They met a lot of people there, mostly entrepreneurs, with interesting stories on how to balance life and career.

In 2009, Corbett started blogging about their journey and the stories of the people they’ve met. Because of the financial collapse the year before, many people were out of their jobs. It was then that he began blogging about lifestyle design, location dependence, and digital nomads. His blog explored how one could make a living out of each of those. To gather ideas about his topics, Corbett put up a survey. His blog gained massive traffic with the help of 30 other bloggers who directed their visitors to answer the survey in Corbett’s site.

How do you get readers to your blog?

Corbett came to a point when he wondered why some blogs are really popular and some are not. Corbett figured out that all popular blogs have a combination of two things. First, you must have content that people are interested in. Second, you should know the channels where these people are hanging around.

Checking various social media hits those two birds with one stone. See what people are posting or commenting to know what they really want and give it to them. If a large part of your target audience hangs out on social media a lot, get active in promoting your blog there.

Strategy in Finding Content That Readers Want to Read

Start having a conversation with your readers to know what they want to read. If you don’t have readers on your blog yet, find them on social media or forums. Start listening to what they’re talking about or what they’re struggling with and listen to have a response.

Corbett found out that his target readers have a lot of questions and he wondered if he could build a business around that. They also kept asking how Corbett was able to manage a sizable audience. That’s how he came up with the idea of building his second blog, ThinkTraffic (now The Sparkline). The whole goal of the blog is to write then grow an audience.

According to Corbett, a lot of people really focus hard on the tactics - how to get traffic, how to spot loopholes, how to build an audience, etc. They forget that the content is what really matters most.

Corbett also noted that passion is an invaluable part of his growth. He believes that it will be hard for you to compete on something you don’t care about or you’re not passionate for.

His writing tip for bloggers: Your goal should be to influence people who matter in your space. Eventually, you can turn these people to business opportunities.

If you want to make money out of your blog, Corbett recommends doing coaching and consulting services.

Corbett suggested going to places where influencers may be hanging out, whether it be in meetups or conferences. He said it will help to have started an interaction online with these people before the actual meetup. If you’ve read articles they wrote or pieces of advice they gave, then you can have these as conversation starters.

The Fizzle CEO also recommended that when attending conferences, reach out not just to the big names. Also pay attention to those who can be movers and shakers because those relationships may turn into something impressive one day.

What are the top biggest mistakes people starting out make?

1. Not talking to enough specific people

2. Building something and not spreading the word

When you listen to a lot of stories from entrepreneurs, you’ll find a pattern. People don’t get lucky or rich on their first try. This is a long process of trial and error. Your job is to find out how to combine your interests and your skills to create something that people desperately want or need. If you remind yourself of that goal, earning money will just come secondary to giving people what they want. Focus on that first and everything will come out easy. 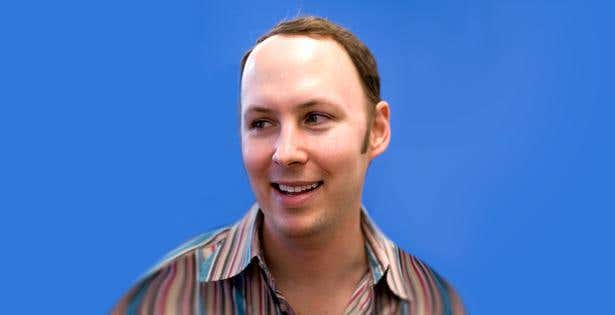 About WAMA: Warrior Ask Me Anything (WAMA) events are Q&A video interviews where Warriors can ask questions and get free advice from industry leaders and online marketing experts.

Freelancer.com has hit 30 million users, and to celebrate we’re offering a share of $5,000 in prizes for amazing projects and the people behind them.