Getting Actors Primed for a Performance

On location in Sydney, a rugged, good-looking man with tousled hair and hazel eyes sits comfortably in the make-up chair. As he prepares for a shoot for a new movie where he stars as the iconic comic book hero famous for his adamantium claws, Hugh Jackman receives a text message from Dean Carey, his mentor and the Creative and Founding Director of Actors Centre Australia, about the contents of a mobile app Dean wants to create. He immediately emails back: “Dean, this app is amazing—I am literally in the make-up chair and have just read the whole thing. Great reminders about how to prepare properly, brilliantly laid out, and it fires the imagination. It is perfectly set out as a buffet of knowledge—gold.” 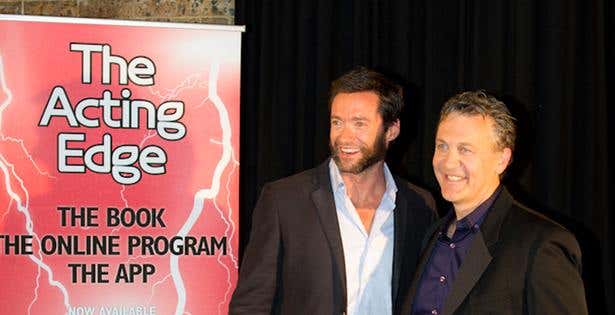 And that’s how “The Acting Edge” app was born—the first ever app developed for actors dishing out information and top tips on how to prepare for castings. “Actors have all the motivation and much of the inspiration required for casting. What needs to happen is focus, harnessing the actor’s energy, and a solid game plan with which to begin,” Dean explains. “The app plans to deliver precisely that.” The app is actually part of his “The Acting Edge” program that includes an online presence and a book that breaks down the craft of acting into eight indispensable elements that bring out the best of the performing artist regardless of the method or system he uses.

Upon the recommendation of a friend, Dean joined the world’s largest crowdsourcing and outsourcing site Freelancer.com to have the app developed. As a first time user of the site, he found it quite easy. He was pleasantly surprised with “all the wonderful and enthusiastic bidders.” He based his selection on the bidders’ written commitment and understanding of the project, their status with Freelancer.com, and their rating in terms of completion, quality and customer satisfaction.  In the end, he chose Softwareweaver, of whom he speaks highly.

“The care, commitment, and dedication of the team were outstanding,” praises Dean. “I knew I had to get the app right and the team made sure my vision would be realized.” What made their relationship effective and productive was communication. “At every step in the process the team leader was in full communication with me,” he adds. “In fact, he took as much pride and excitement in creating the project as I did, which made the process a shared one.” This greatly contributed to easing his initial apprehensions about using the site.

“The website was professional,” he shares, “full of information and it made me feel 100% confident every single step of the way. With the Milestone Payment System you know you wouldn’t pay for something you weren’t happy with or which didn’t meet the brief.”

“The Acting Edge” was launched at a well-attended affair, led by Hugh Jackman, in November 2012.  Since then the app has proven quite popular.  One of its users, Anthony Wong, more known as The Ghost from “The Matrix” movies, just loves it: “Dean has created an inspiring online program, a new book and wonderful app… which helps get the most of your auditions, rehearsals and preparation for roles…Click on ‘Waiting in the Wings’ chapter and get Dean’s advice on how to stay focused when about to walk into an audition.  Then there’s ‘The Actor’s Soundtrack’, specially selected music to put you in a vulnerable/driven/charged up/relaxed/raw state—depending on what you need for a particular audition or performance.” The app isn’t just for actors, but also for acting teachers, students, and directors.

Camille Reed, an employee turned entrepreneur, hired a freelancer to build her a website and hopefully bring her business to the MVP level.

Starting of with the right name can help your business attracting more eye from day one. The name leads the way in this.

Who Says You Can’t Make a Living by Writing?