With only passion, drive, and a few hundred dollars he saved up working jobs where high school students qualified, 17-year-old senior student Vinh Le built a startup called Zoomtrek. He made tech giants Google and Facebook his inspiration as he coded day and night, intent on finishing the website that would serve as the foundation of his business. 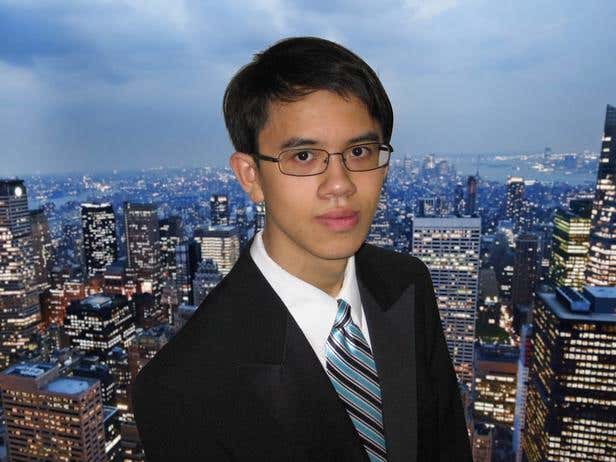 Zoomtrek's first product was a social networking website that he visualized as the next competition of Facebook and Twitter. He begun coding www.clanscope.com, but as he neared the end, a thought bugged him: How would his site differ from the existing ones? What could it possibly have that would make it worthy of reaching the level of today's social networking sites? Vinh had an idea, but he couldn't do it alone.

Freelancer.com was already his trusted partner in his business so it was a no-brainer when he posted a project looking for someone who could build a rather complex plugin for Clanscope. "I logged into Freelancer.com, posted the project, and waited. I was stunned because within a few minutes, I already received numerous bids," Vinh said.

He waited a bit more until his project received a substantial amount of bids and then he skimmed through them. "Deciding would have been impossible without Freelancer.com's help. Almost all the bidders were qualified, but how would I know exactly who to pick? Good thing there was a rating system that allowed me to narrow down the ones with the best qualifications. I finally selected Rina, a woman from India."

Vinh wanted a plugin for a WordPress script that involved letting users select their hobbies and post status updates categorized under them. Explaining this to Rina didn't take much time as she already knew what Vinh wanted. "She kept me continually updated. In the end, she produced a wonderful plugin; something that I had envisioned at the very beginning."

This was the feature that Vinh thinks would set his website apart. He wanted a website where users can automatically see content that they would enjoy rather than skimming through hundreds of status updates that don't interest them. "Through the plugin, users would be able to classify their posts under a list of preselected interests or hobbies. This would make it easier for their friends to search for pertinent information and tidbits," Vinh explained.

Clanscope is still in development but Vinh excitedly said that it's going to be launched very soon. "I've been working extremely hard on it, and I will try to promote it through flyers, word of mouth, Internet advertising, and of course, Facebook," he said.

Apart from the social site, Zoomtrek also offers services including website creation, hosting, website promotion, and server management. In the near future, the one-man company also hopes to offer remote technical assistance. Vinh already built a couple of websites for clients and he is currently in the works for a new one.

"I'm very passionate about computers and web design. As a matter of fact, I would love to study computer engineering for college and use that to benefit my business and the society. "

What motivated you to start your own business?

"Looking at big companies like Google and Facebook, I noticed that they started as small ideas but eventually grew into corporate giants. While I didn't think that my idea would make me famous, I did think that it would give me a great opportunity to step into the business world and experience it for myself."

Auburn University alumnus Jeff Hoskins put up Wooden Rings, a wood-based accessoriesbusiness, in his Junior year to pay for his tuition fees.

Blogs provide an amazing opportunity to start a side-business. Learn the basics before heading out on a new adventure

Second-best places to work at apart from a home office.