At 28, Zaky owns the largest consumer-to-consumer marketplace in Indonesia, Bukalapak.com. His passion for business, technology, and growth hacking led Bukalapak to over $150 million in gross merchandise volume in 2014, over a period of four years. 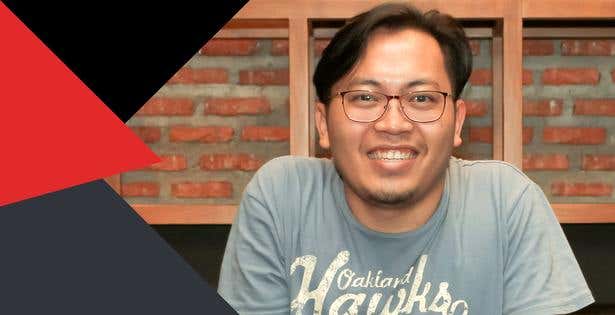 While attending college at the Institut Teknologi Bandung (ITB), he met people who share the same interest as his. Many ITB alumni became successful entrepreneurs and this motivated Zaky to be one as well. Zaky tried a couple of businesses during his college years but they all failed, admittedly due to lack of focus and experience. After graduating from college, he tried his luck again and co-founded Bukalapak.com with two of his friends.

In four years, Bukalapak zoomed its way to becoming one of the most successful e-commerce websites in the country with two million daily unique visitors. More than being an e-commerce platform, Zaky wants Bukalapak to empower SMEs and individuals to sell and grow their own businesses.

Zaky is an experienced designer who is passionate about building technology ventures, opportunity recognition, product and customer development, and business models development. Before the rise of Bukalapak, Zaky founded a startup company called Deft Technology in 2007. The company built SMS/mobile software and Web development for some companies in Indonesia, as well as the Quickcount Election System. In the same year, the company won the Indosat Wireless Innovation Contest and was hailed winner of the Indonesia ICT Award in 2008.

In 2009, Zaky became the managing director of Suitmedia, a digital lab based in Jakarta. The company offers Web design and development, mobile app development, digital strategy, and technological services like software design and software architecture development.

Zaky is married to Diajeng Lestari, the founder and CEO of HijUp.com, a B2C fashion site for the Muslim world market.

Have you discovered your passion and purpose in life? Here's how you can empower them.

Helping Orphans Through the Web