What is Flow for JavaScript?

JavaScript is a dynamic programming language, and it's very popular. According to the information found on GitHut, most of the new projects created on GitHub are created in JavaScript.

To address this, Microsoft has created TypeScript, a superset of JavaScript that bypasses all the errors encountered when type checking isn't available. Even Angular 2.0 is based on TypeScript, which suggests that TypeScript will be the way to go for JavaScript developers in the near future.

In this article, we will check another statical type analyzer called Flow, which was created by Facebook.

Flow can only be installed on OSX and Linux, and Windows isn't supported at the moment. It's an open source project, with a current build that can be downloaded from GitHub. Once the final release is downloaded, all you need to do is unzip and add it to your PATH variable using this command:

Flow was created in a way that allows it to be added to projects in steps. Adding float to our project and using the analyzer will slow down the development speed, but it will increase the quality of the project. In the case of very small projects, using Flow would be simply waste of time, because its true value appears when the JavaScript code base is large.

To use Flow in your project, it must first be initialized to be Flow-aware. We can do this using the flow init command, which creates a .flowconfig file: 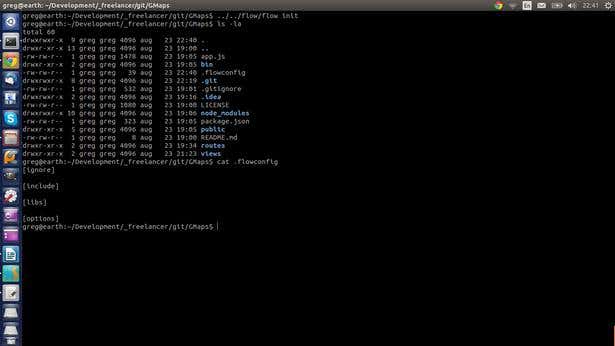 After the init phase, we can check if flow works for the project using the flow command:

We do not have errors at the moment, because we did not set up any file to be scanned by Flow. To activate scanning on a JavaScript code file we have to add a comment at the beginning of the file: /* @flow */.

If we have the following JavaScript code file:

The output of the flow analysis will be: 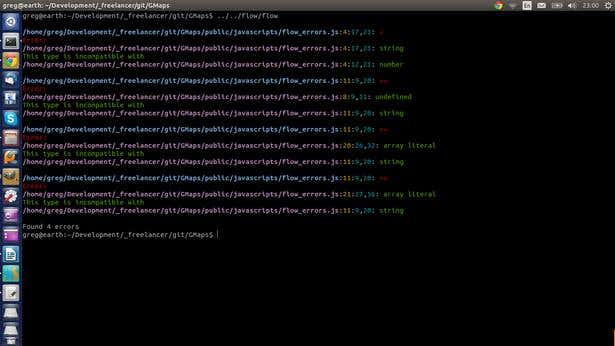 The first error says that the + operation is not possible for a string and a number. The error appears in the addTwice function, because in the main() function I invoked addTwice using a number and a string parameter.

The next error says that += is not defined for undefined and string values. This happens because in the sumArray function we did not initialize the sum variable, while in the main() method I invoked sumArray() using a string array.

Now let's fix the errors by changing some parts of our code:

All we did was add a type check for the addTwice function and initialize the sum variable in the sumArray method.

Flow supports code extension with types. Let's rewrite the code above to use types:

Parameter type specification is done similarly in TypeScript, where a semicolon and type name is used. After adding types, the error messages are much more meaningful than before. Before this was done, the analyzer said that the method had errors, but now it shows the exact line where the method is invoked with wrong parameters: 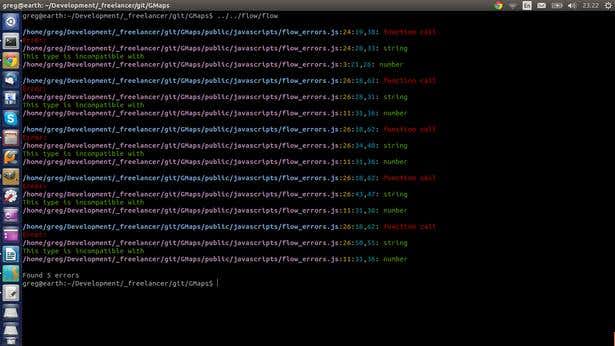 Now we can remove the extra runtime type checks because Flow will do it for us.

Since the above code is not standard JavaScript, the type annotations has to be removed from the code. This can be done easily using a transpiler:

npm install jstransform –save (or -g for global availability)

After the transpiler is installed, we need to run it:

This is how Flow can be used. Hope this was able to show you the main workflow required when using a static type analyzer on our JavaScript code.

It isn't easy to underestimate the impact of technology on the advancement of learning.

An ultimate guide for finding a talented full stack developer who will perfectly suit the project's requirements.

Nowadays freelancers need anything that can help them get their work done more efficiently. Here is a list of WP plugins for freelance developers.

Occasionally a fraudulent client or scammer will post a project, causing trouble for freelancers. Find out how you can spot the early warning signs.

Customizing Google Maps for Your Projects